Trending
You are at:Home»Himalayanam»Day 21 – Sushumna Kriya yogis must always have a positive will

The heavy rain gradually started to slow down and eventually stopped. A doubtful and hesitant Nagateja came up to Mataji once again. Mataji noticed him and asked ” What happened? ” He then said ”Mataji, a thought had crossed my mind when we were having Satsang a while ago”. With same hesitation and a hint of fear in his voice, he started to speak. We became very curious by this point of time. He continued to express his doubt to Mataji, ” while we were having Satsang a while ago and you were telling us that our thoughts are powerful, I wished I could see rain and then, to my great surprise it started to rain immediately” he said. Mataji calmly smiled and said that all Sushumna Kriya Yogis establish a seamless connection with Nature and whenever a Kriya Yogi has strong determination and a positive mind, anything is possible. Mataji also told us that it is the reason why every  Sushumna  Kriya Yogi should always have a Positive Mind. After getting to know the reason behind such a heavy rain,  Few of us were amazed, and other were shocked. Ramachandraji then said ”Let Mataji rest for tonight”. Everyone got back to their tents to sleep as we had to start early next morning to Yamunotri. Next day we got up early in the morning, showered, packed our bags, took our seats in the bus and were all ready for the next destination. 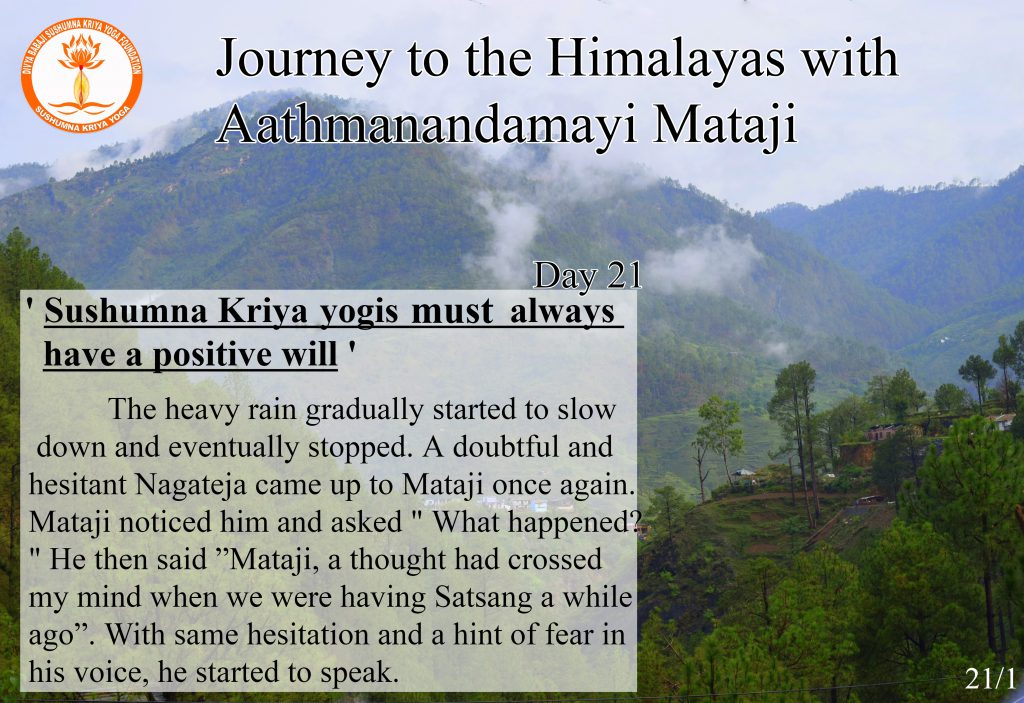 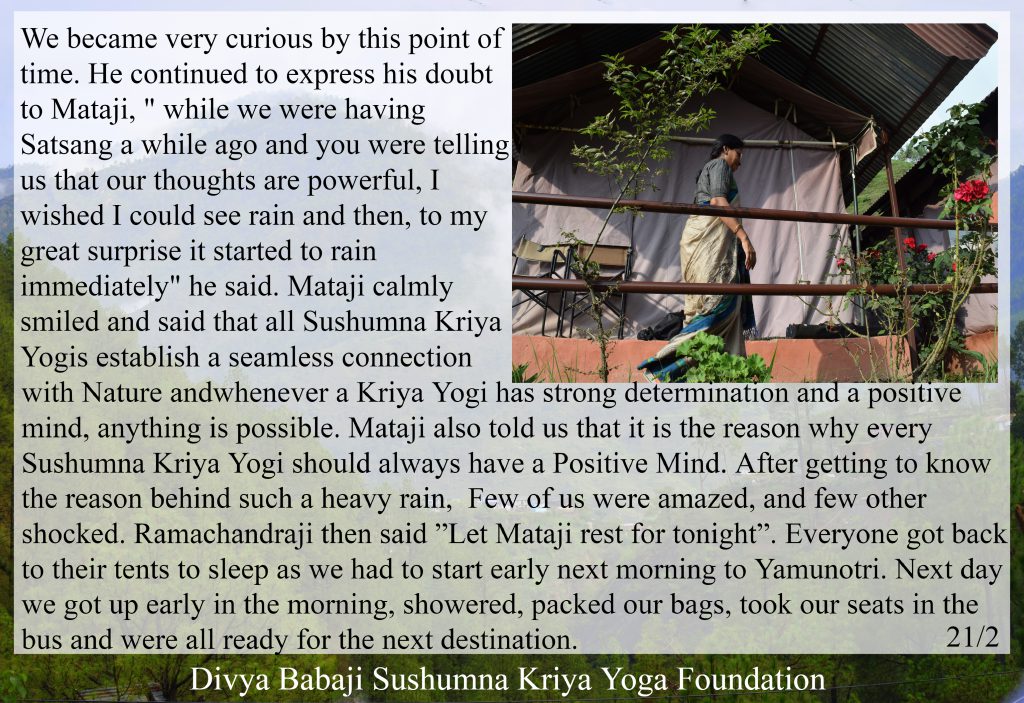