Trending
You are at:Home»Himalayanam»Day 23 – Yamuna – The Elixir of Life

It is often said that the Yamuna river can embed yogic and spiritual powers. The sacred river Ganga, is known for her power of Nirvana and the sacred river Yamuna is known to instil the character of love and affection within humans and all the life on Earth. According to Mythology, The holy river Yamuna literally leads everyone on to a glorious path to elixir, away from death and even make us escape the dooming noose of Lord Yamadev to win over death.
Daughter of Mount Kaalindi, Yamuna is also said to feature Indraprasta, the capital city of the Pandavas in Mahabharata built on its bank as per references from our Vedic literature. However, Yogic Science cite Yamuna to be the daughter of Lord Surya, The Sun God 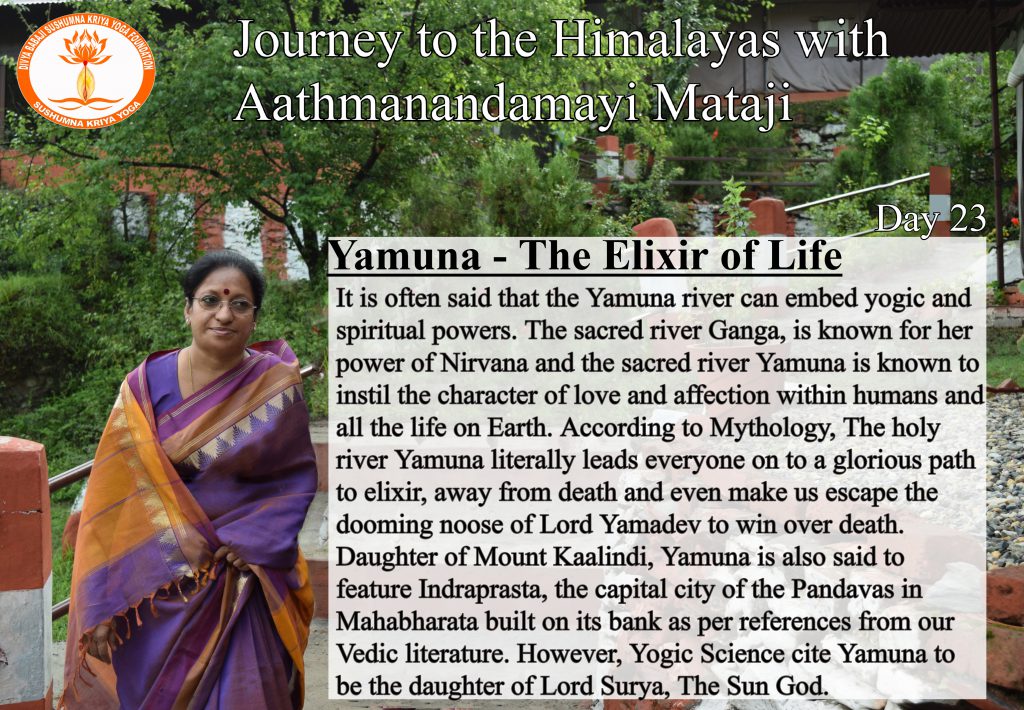