Trending
You are at:Home»Himalayanam»Day 32 – Mataji in a pensive mood in Shiva temple at Uttar Kashi
Mataji was in a pensive mood while coming out of the Shiva temple in Uttar Kashi. Some people who understood the Mataji’s situation fell completely silent. After a while, on our journey, we came upon the river Ganges gushing from between two mountains. True to the depiction of Sri Adi Shankara Bhagavadpada in his poetry, comparing the flow of river Ganges to the vermillion (sindoor) of Goddess Parvati along the partition of her hair, we witnessed the gorgeous Ganges gauging her way between the mountains. The mesmerizing flow of the holy river, outdid the words despite his best attempt to do justice, where he describes “pareevaha Srotaha saraniv seemantha sarani”.
Purport: The beauty of the rippling river between the hills, was comparable to the neat parting of Parvati Mata’s beautiful hair.
At one place the river gorged like a spring right between the mountains. The Holy river that consecrates the land of Bharath, the Divine stream which flows from the matted locks of Lord Shiva, the Sacred river that becomes ‘Theertham’ (libation) when offered on our palms, the heavenly river that overflows with happiness, the river which gurgles, dancing down with twists and turns across mother earth, the river that gets sanctified and purer by the touch of the holy feet of the great saints, is the “Ganga”. A pair of eyes were not enough to behold the spectacular vision of the flowing Ganges on our way to Gangotri. 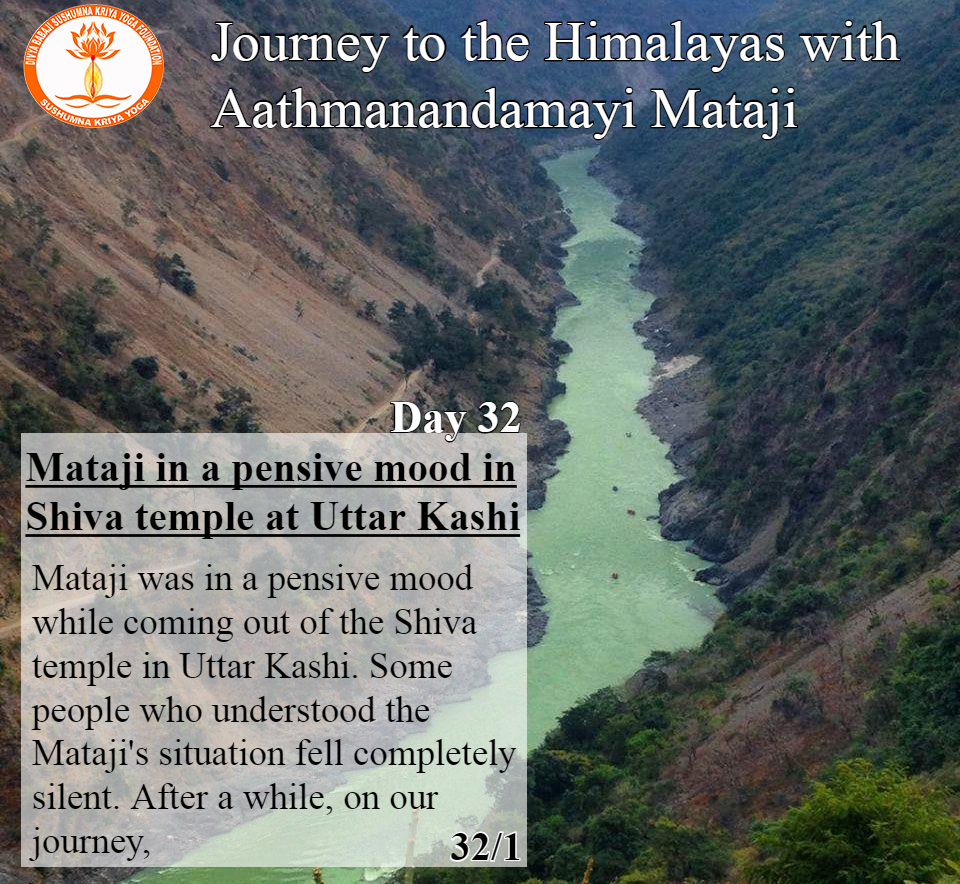 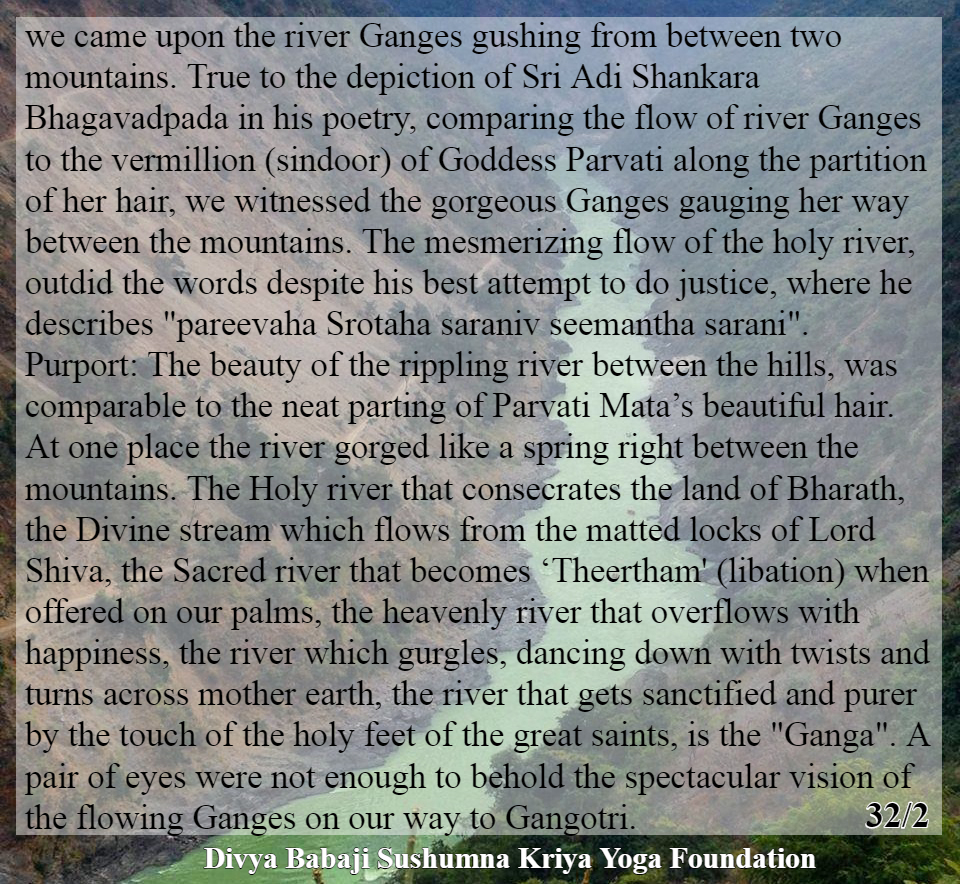