Trending
You are at:Home»Himalayanam»Day 43 – Mataji reveals the Mystical Secrets of Gauri Shankar Peeth(Shrine)

Mahavatar Babaji, the Divine Himalayan Guru, fulfills universal work along with His 49 disciples from His abode at Gowri Shankar Peeth(shrine). It is not accessible to the common person. A lot of Yogic energy is needed to even enter that place. Mataji continued to narrate about the Holy Shrine thus… ”The Himalayan mountains have high snow-capped peaks. Yetthe Peeth lies on level ground, right amidst the mountains, and is surrounded by lush vegetation all around.  A common person shall go astray at a distance about 360 yojanas (~several 100 miles) from the place, if one tries to enter the place uninvited. A sort of protective energy field acts like an elusive shield around the ashram. A normal human being cannot bypass or penetrate this shield of energy. Even at night the whole place is illuminated. In the base of the summit, are several very accessible naturally formed caves. These are the dwellings of Mahavtar Babaji and his disciples. A small Shivling(a representation of Lord Shiva) is visible towards the right side of the peak. Due to a thin flow of water on the Emerald Shivling, it feels as if a consecration (Abhishek) is being performed on it continuously. The source of the holy stream is unknown. This thin stream falls onto the Shivling and flows downwards. There was a lighted incense pit in front of the Shivling. From the pit, a bitter-sweet aroma emanated, as if it were from embers of neem bark. To the left of the Shivling, is visible a big stone, shaped like a throne with a backrest. That natural rock formation was not installed there and is not a creation of humans. It is believed Mahavatar Babaji uses that as a seat daily….” 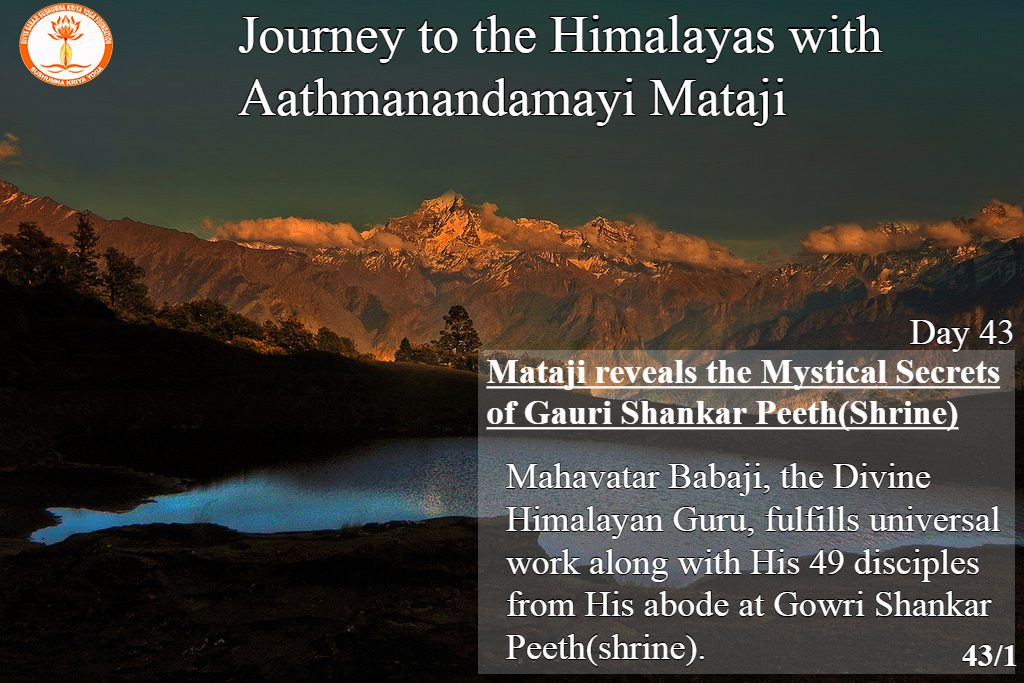 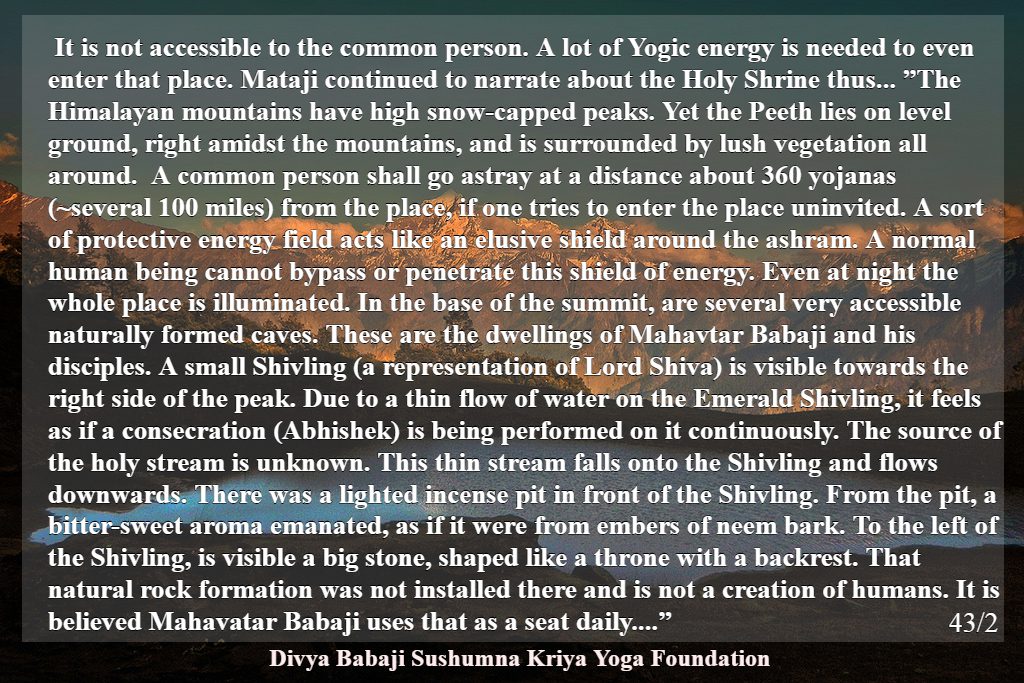