Trending
You are at:Home»Himalayanam»Day 46 – Exploring the divinity of the rocks gifted by Mataji
Narrating many other fascinating things Mataji said… “During the time when your Guru Mataji, asked all of you to meditate, picked up stones from the Ganges and gave one to each of you, Mahavatar babaji along with his 49 disciples – particularly Shanmukhi Mataji and I were present in the energy form through the whole process; acting through My physical form. From the mountains ahead, Babaji was sending energy to all of you. When you were meditating the whole place including the ground below seemed was spinning like a top. I was a witness to all this from a different plane. After meditation, my physical form looked upward towards all the energy beings and My Spirit that watched over”. Thus having described the incident Mataji asked us – ”Do any of you know why the stone was given to you ? ”
Some people said, “We assumed it is a talisman and have use it as a prop during meditation”. Prashantamma chimed in saying – “Amma, we thought the stone represents the Shivling”. While others amidst us considered  the stone as a representation of Lord Shiva and Parvati Mata, yet others considered it a ’Saaligram’. 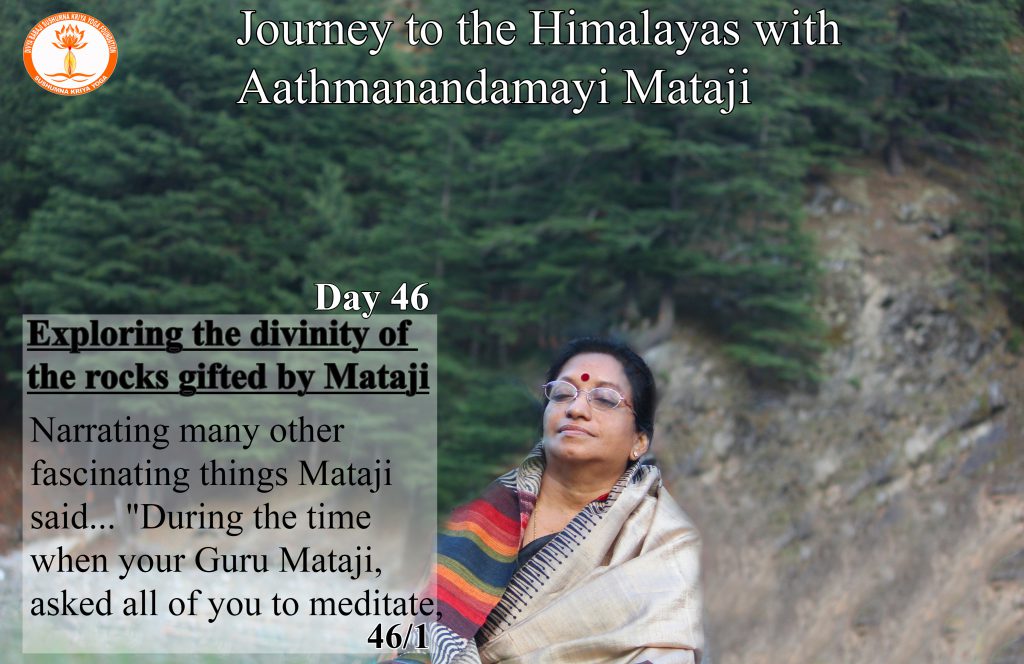 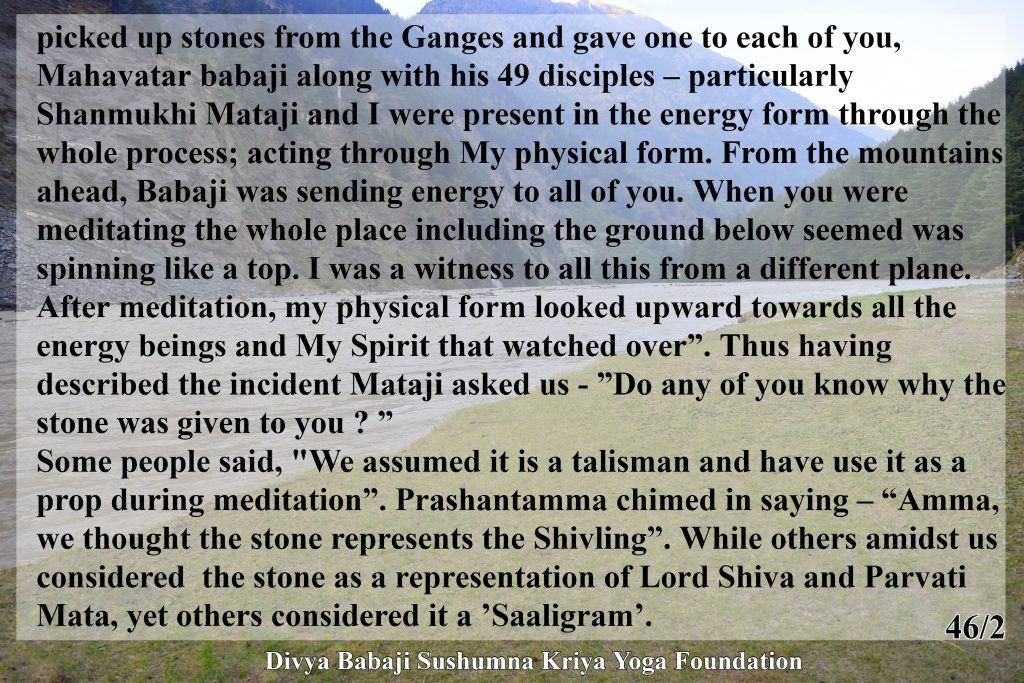