Few moments into chanting of Omkara our bodies became lighter and the consciousness wandered in clueless territory. Later when Mataji said ” ok ” we slowly opened our eyes. After hearing some of the Kriya yogis share their experiences, Amma Garu declared that the Kriya Yogis had Astrally visited Badrinaath ( a Holy place on the banks of Ganges ). Initially the trip to the Himalayas was planned to touch Badrinaath, Vishnu temple also,  but due to certain reasons Mataji had decided to put if off to another time. Under such circumstances it was a wonderous experience for the team to have promptly visited such a Holy and Revered place in their Ethereal form with the Divine grace of Mataji. Dr Madhusri in her Meditation stated that she had the vision of The Garuda ( Divine vehicle ) of Lord Vishnu. That Meditation session left an indelible mark in everyone’s heart. After thanking Shri Shankar Kishore ji for his hospitality, the team started back to their rooms. The next morning a Meditation session was being arranged in Dehradun. As the team had to leave early morning everyone got all their things organized before retiring for the night. 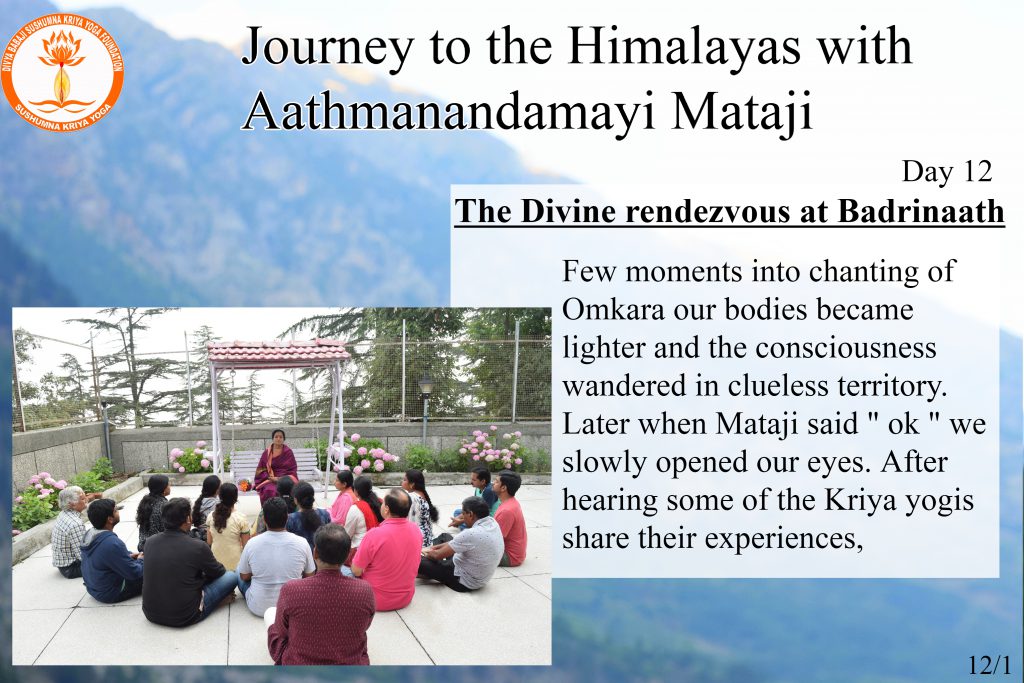 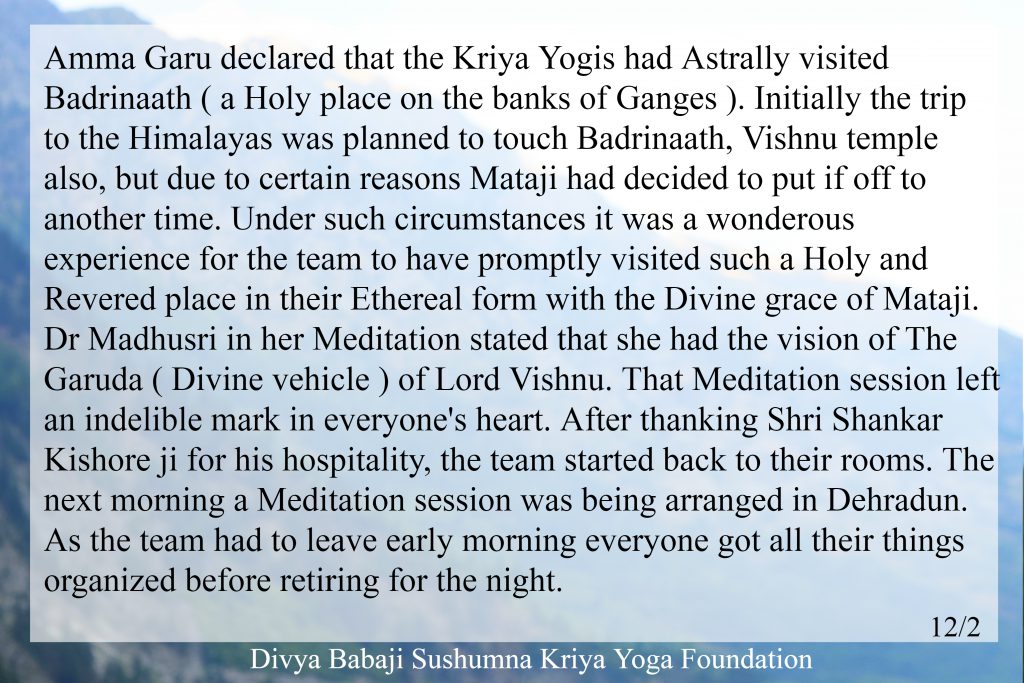