Trending
You are at:Home»Himalayanam»Day 33 – The Divinity of the Ganges
“A reflection of the Celestial River*,  at Maharishi Bhagirath’s penance did quiver;
At whose descent Mother Earth did shiver, Who the Lord himself did concede to deliver;
Came down to earth from heaven, to cleanse the sins of generations seven;
The universal cleanser that lustrates, The celestial shiner that illustrates;
The unending melody that circulates, Is the one and only Holy
Ganges!”
* – (Akash Ganga or Milky Way)
Hear the glories of the river that came crashing down from heaven, to absolve people of their sins, revive the Kosalas and cleanse the earth of its impurities is the Holy Ganges.
For the welfare of mankind, to bring it to earth from heaven Bhagirath Maharshi, did severe penance. Satiated by the Maharishis penance, the creator ordered the heavenly Ganges, to come down to earth. Haughty as she was, she complied to her heavenly Father Brahma. It is believed with the touch of the Holy Ganges, Mother Earth was quenched into peace. This is documented in the sacred Puranas. Nevertheless the sheer gush of her immense flow was too intense to be handled by the earth or to be withheld by earthlings. Its absolute force could be controlled ONLY by Lord Shiva, who at Bhagirath behest complied. Lord Shiva captured the Haughty Ganga, in his stranded hair and quiesced her haughtiness down, then slowly let her gently flow on earth by opening his single strand of hair to calm down her force. Bhagirath Maharshi brought Ganga to earth, so it head stream is also known as Bhagirathi. We went near to the source of Bhagirathi river. 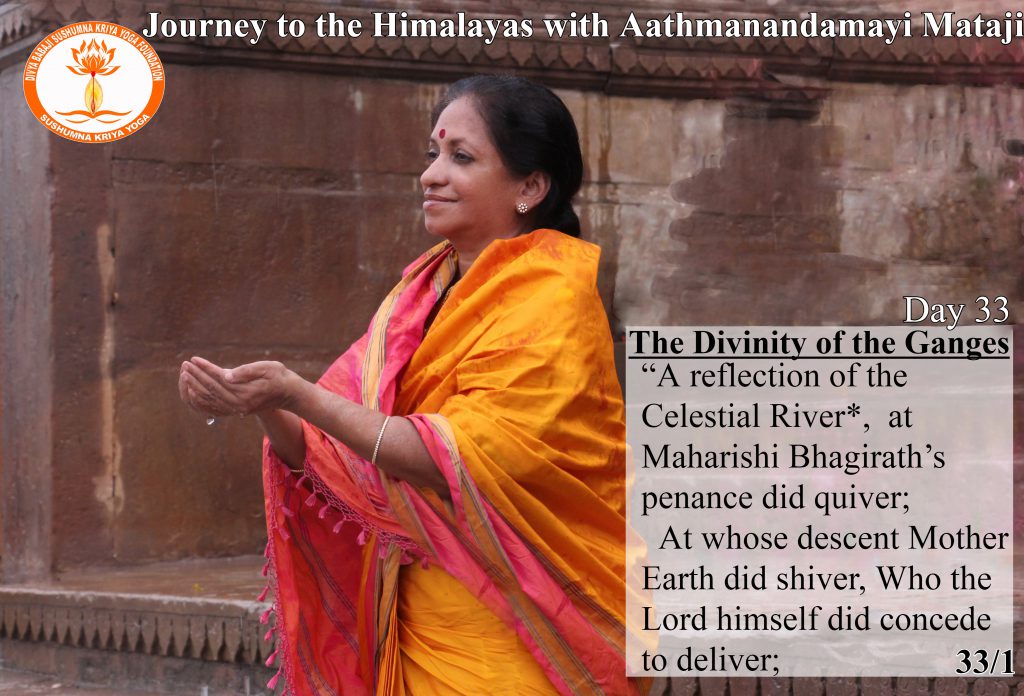 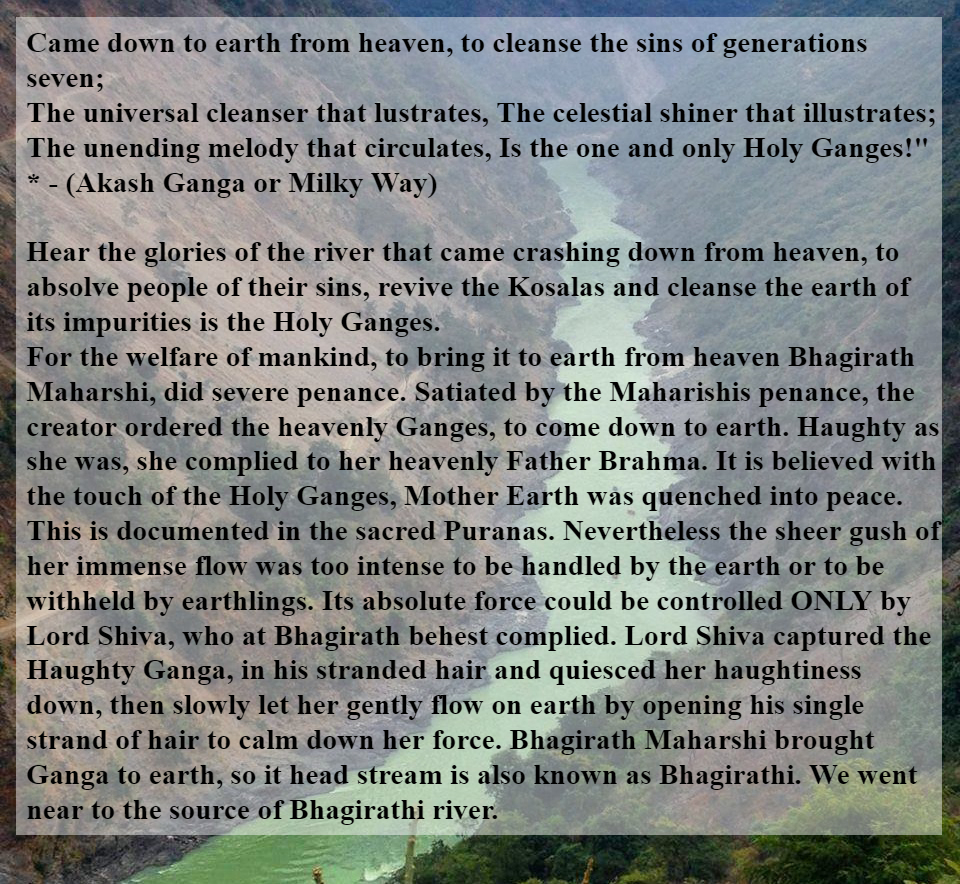