There was a golden mountain to the right side of Mataji’s cottage. Inside the cottage, Mataji was practicing Sushumna Kriya Yoga. The Mountain appeared mystical. It looked as if the mountain was changing colours. The Mountain was shining with golden hue which looked similar to the hue of the golden lotus that blooms at the Sahasrara when the dormant Kundalini shakti gets stimulated  and passes through Sushumna pathway. On one side, rays of the sun and the other side rays of the moon were falling on the mountain. Due to Sun’s rays it was looking reddish in color and due to the moon’s rays it was looking white . Due to the union of the rays of the sun and the moon the mountain was turning to golden color. In the practitioners of Sushumna Kriya Yoga  Meditation the union of Surya Chandra and Agni Nadi becomes the source of the Amrut Dhara. The Sacred river ganges was flowing like Amruth dhara from the golden Mountain towards our cottage. The mystical mountain looked like the Sri Yantra. It was a divine significance. When we practice Sushumna Kriya Yoga the Yoga mudra creates Sri Yantras in our energy bodies, that day with the grace our Gurus  we could physically see Sri Yantra in the form of that mountain. It was an ethereal delight to our souls to stay at that place of Sanctity. 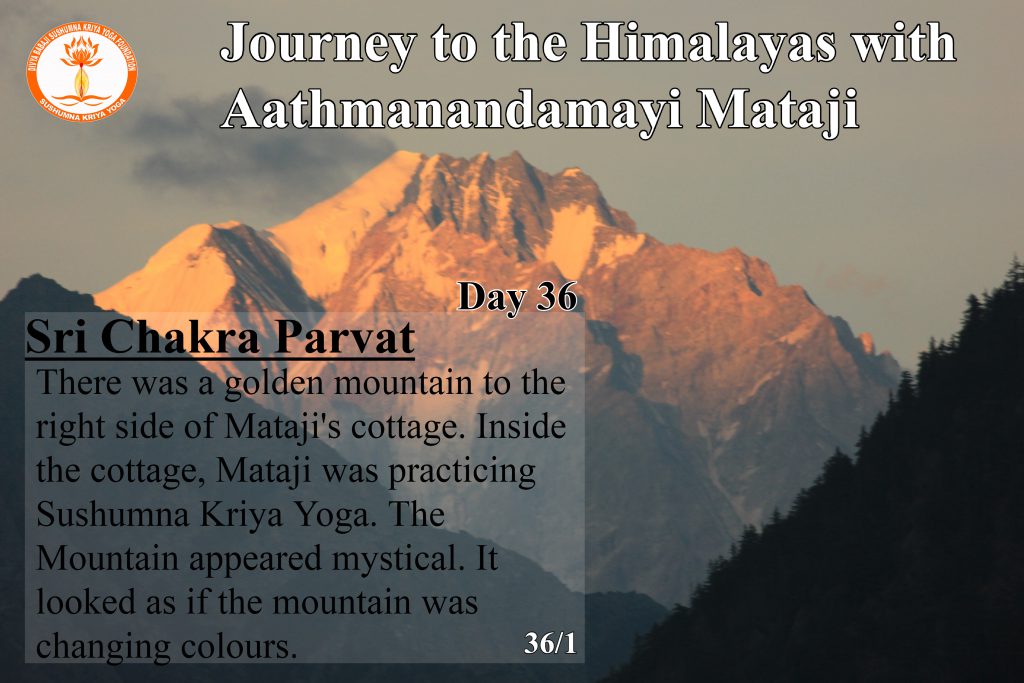 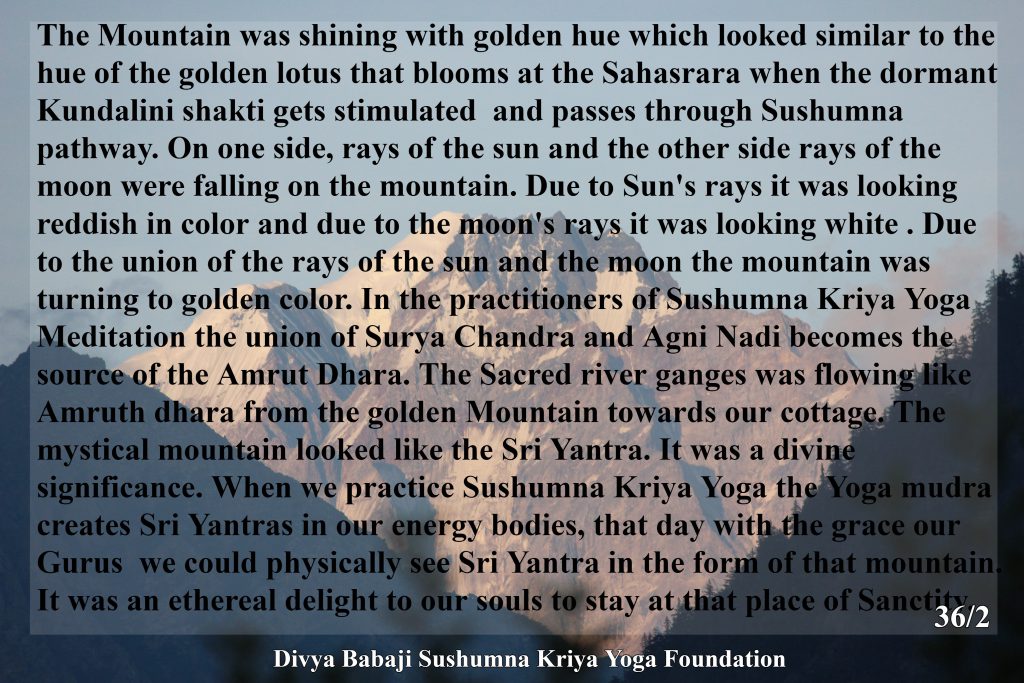