Trending
You are at:Home»Himalayanam»Day 39 – Journey from Gangotri to Haridwar!

We went to Haridwar from Gangotri. By the time we reached it became dark. After reaching there some of us had to leave early in the morning, so we thought of taking a dip in the holy Ganges on the same night. After we took a dip in the Ganges, we started meditating, some of us were floating in the water where it wasn’t too deep. The shakti kendra of Manasa Devi temple was in front of us. When we sat facing the temple and meditated,  there was a tremendous flow of energy into us. After bathing in the Ganga, when we went to the rooms that night, we did not get to see our Mataji . Although we came to a Himalayan yatra, due to Mataji’s silence we could not be completely active. Next day, I was to leave, wanted to fall on Mataji’s feet and ask her for forgiveness, but I could not summon the courage to go and see her.

The day of returning home was approaching. We all had to go back that day. That morning we went to the temple of Manasa Devi on a rope way. We meditated inside the temple and left for the hotel. After sometime we were informed that Mataji wanted to see us. 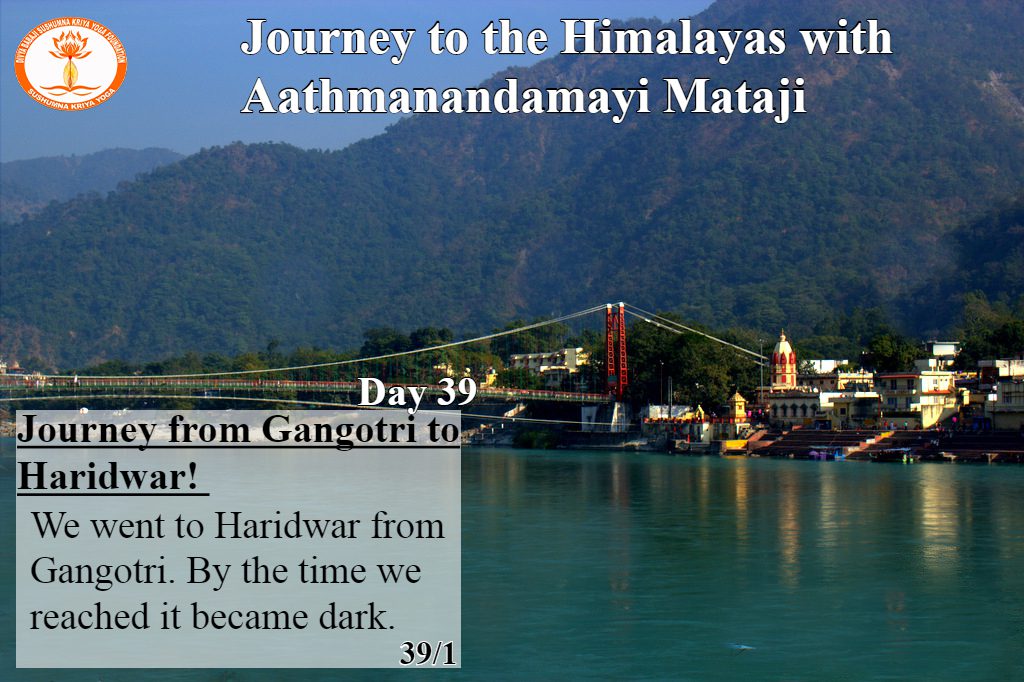 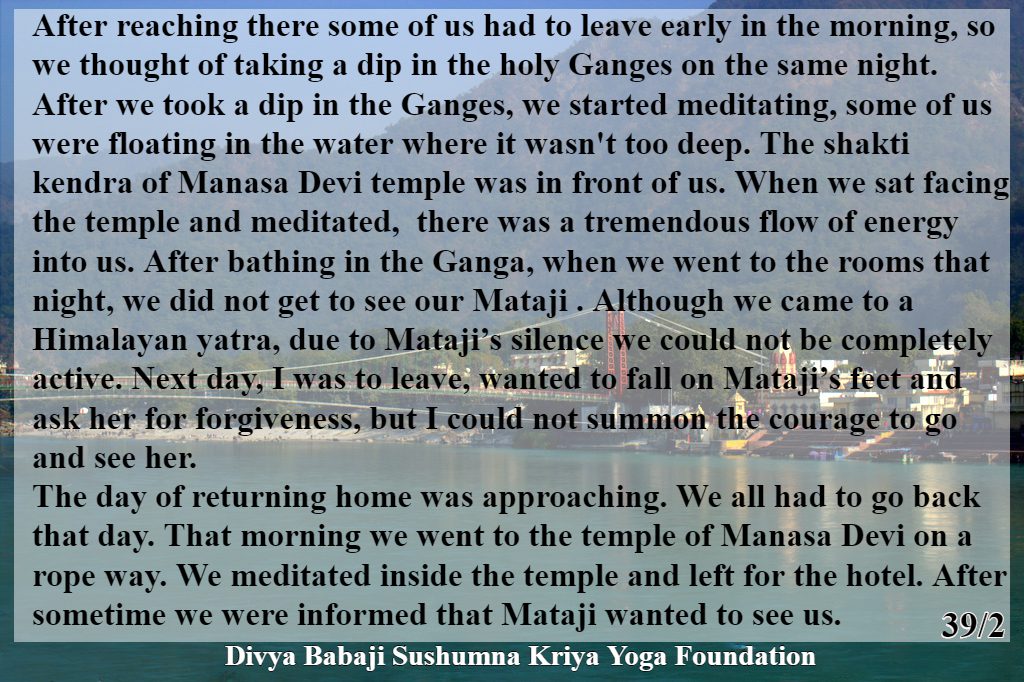