Trending
You are at:Home»Himalayanam»Day 40 – Mataji describing a ‘Yogi’

Mataji was smiling and talking to everyone of us. All of us went  inside and sat with Mataji. That day whatever Mataji told us, we could remember it for births together and thereafter. Wisdom and intellectual wisdom is only possible due to a Guru’s grace isn’t it! Until Mataji, her Holiness, thyself, explained to us, we did not understand the spiritual and deeper meaning of the  Himalayan expedition.
While we were going to Gangotri, Mataji asked us to remain silent. We thought silence meant, we are not supposed to talk with each other. We only thought of mere silence in a literal way. When we were eating, we were enjoying it’s taste. Then Mataji told us the real inner meaning of silence.
Mataji began telling us how a Yogi should be, ” A Yogi should have the capability to withstand any kind of circumstances. Yoga sthiti means being at equal par with the soul. When a yogi craves for that sthiti he should withstand any situation with equipoise, only then the yogi is said to be in a state of equilibrium. When we travel to a place, we might not get the right kind of food, there maybe changes in the timings of food intake, however, a Yogi must endure everything. To convey all this I didn’t have any food. But before I convey it, I have to do it myself and so I’ve not touched anything”. Upon hearing these words from Mataji, we all were dumb stuck. 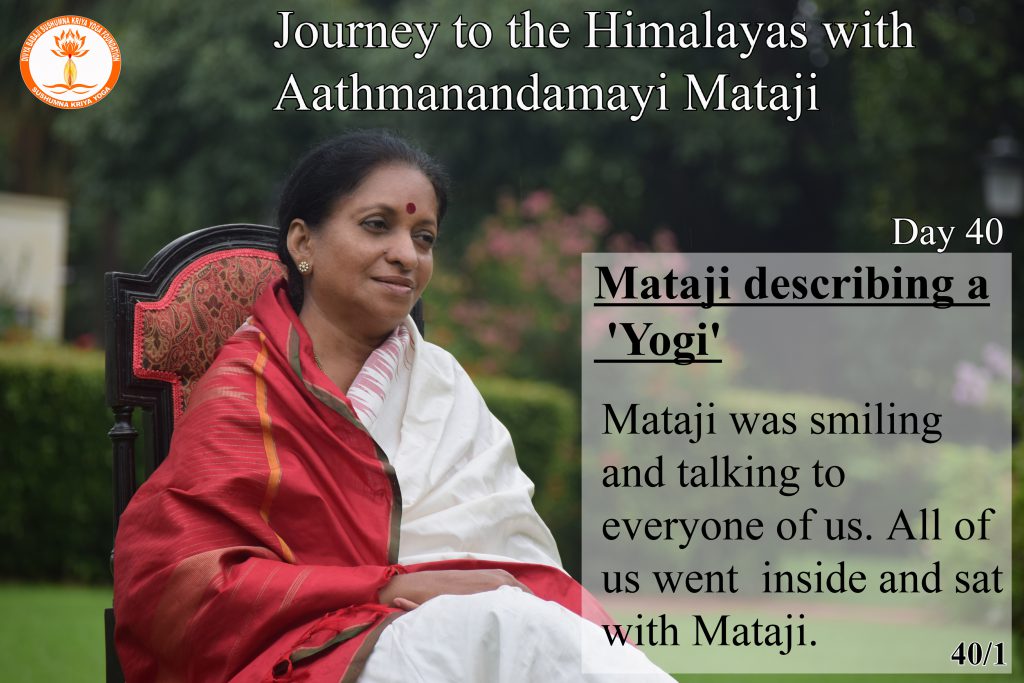 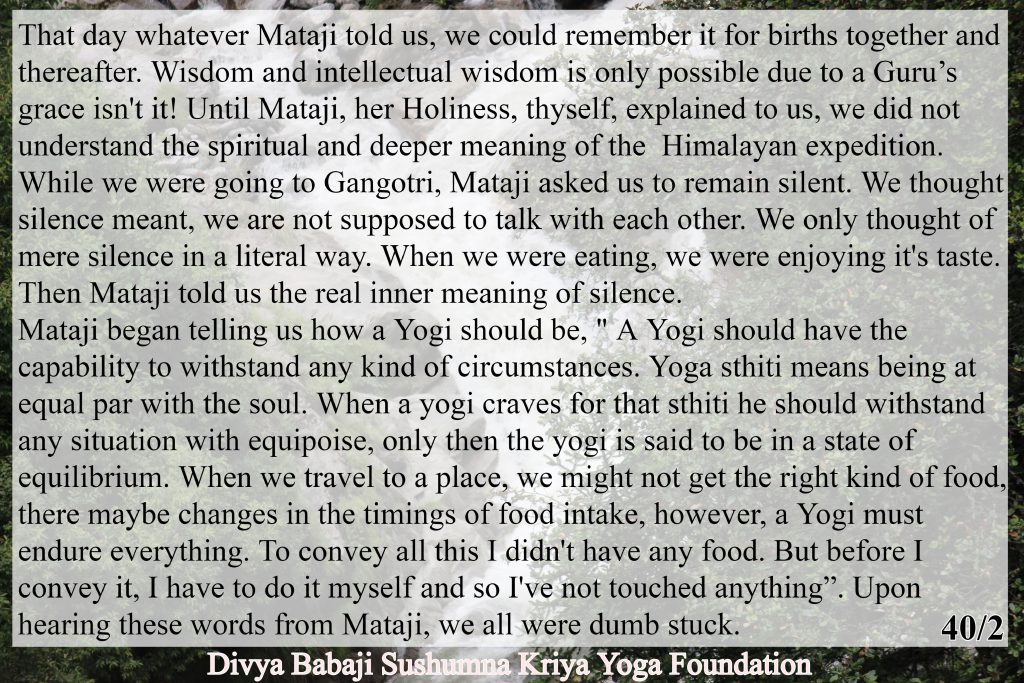