Trending
You are at:Home»Himalayanam»Day 5 – Start of a Mesmerising Journey

Right from the beginning of the journey, the Sat Sang (Holy congregation) had begun. Everyone was narrating their wonderful life experiences after being initiated by Mathaji. Although the flight clocked about 3 hours from boarding at Hyderabad to collecting baggage at Delhi, it seemed just like a couple of minutes. After an hours halt in Delhi, the team boarded a connect for Dehradun, which took another hour. The bubbly troop came out of the airport, where pick-up vehicles were already awaiting them. The team then waited for the rest to arrive, from other cities and shortly left for Mussoorie. Dehradun is a piquant modern place with a decent green cover and beautiful grassy roads. Unlike roads in bigger cities, its streets, have a sub-urban feel being slightly narrower. Little did the streams of life (the team) realize, the extravaganza that was to unfold before them, to awaken them to a possibility beyond the confluence, the merging with the ocean – as a metaphor to what was in store, as against the river which they had initially contemplated.

Enroute the team saw a very high mountain, whose peak pierced through the clouds into oblivion. The team’s joy and surprise knew no bounds, when their pilot, told them that their journey was onto the top of that mountain. The cars were speeding ahead and the drivers maneuvered the vehicles with poise, to ensure everyone’s safety and yet keep life entertained on the edge (of their seats/cliffs).  The trip was picturesque and soulfully healthy, amidst the whisper of the tall Himalayan thickets, the caress of the medicated herb infused breeze and the pristine moistness of the Holy Ganges all around. The winding roads looped the loops, bewildering the already dazed team, in the laps of its gentle, yet profound natural beauty, opening their vision to the bedazzling presence of the Divine throughout. As the car climbed up the mountain, the cold air was ringing in their ears and was getting chillier. Along the way, quite a few scattered but beautiful houses, nested on the slopes and valleys appeared like a surreal world, straight out of a mystic painting. The beauty of the experience, as would be later fondly recalled by the team, was a life changing experience that, enhanced everyone’s appreciation of the consciousness within, that illumined their minds to revel in such pure delight! 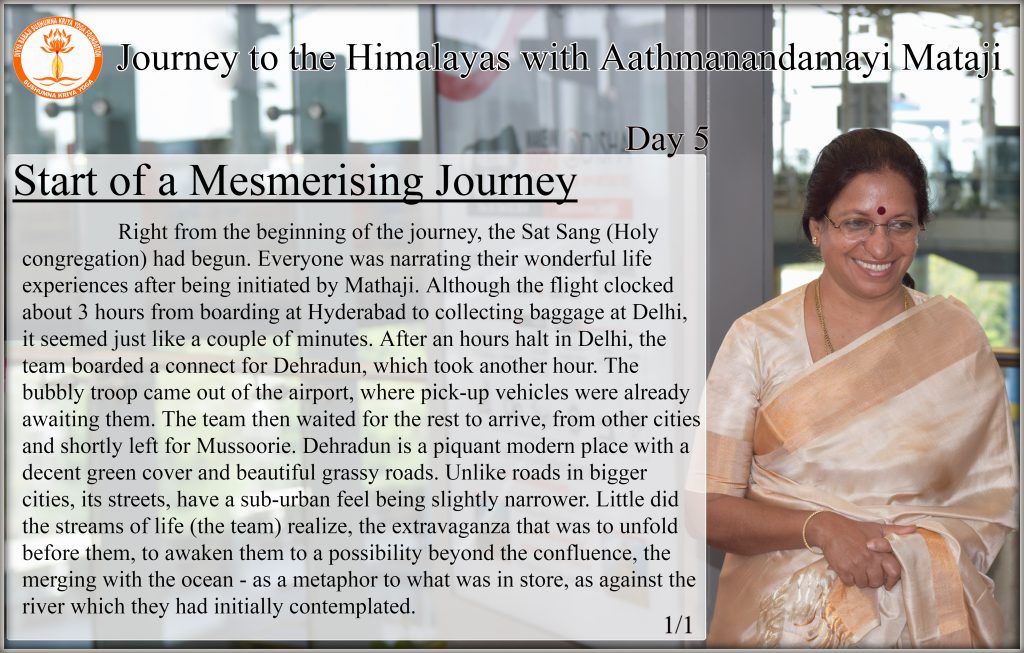 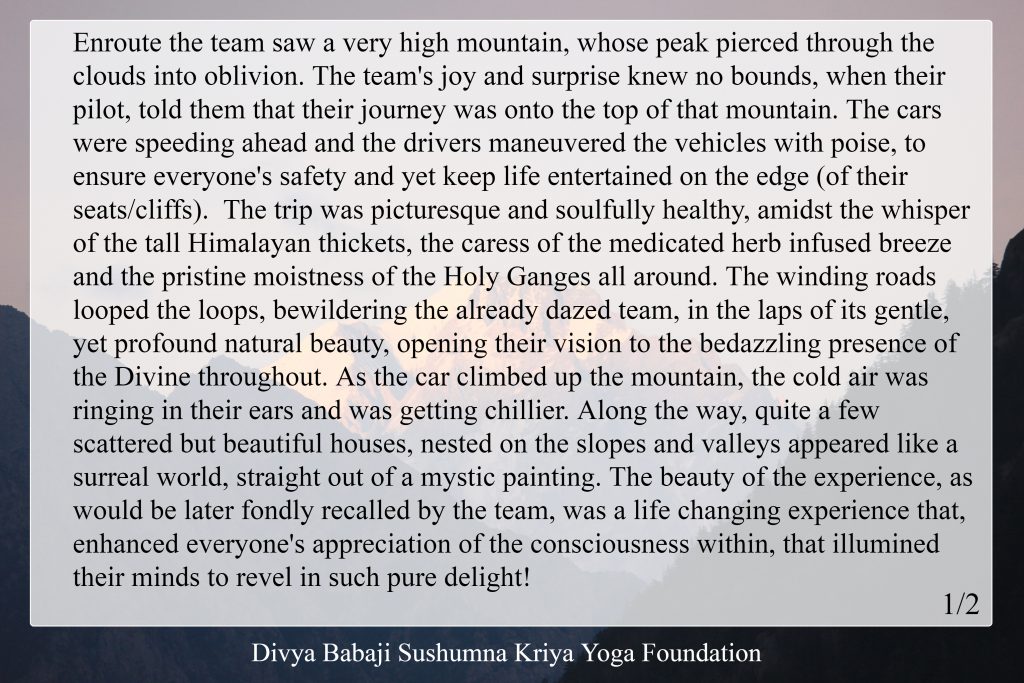