The disciples briefly halted, for a stretch break and started again by about 4:30. Despite the already longish, yet enjoyable journey thus far and the destination nowhere in sight, the troop had by now got used to the sights of glory, past their initial bouts of awe that the Himalayas are bound to incite. And still in every heart the fervor of what further experiences lie in store, like the suspense at the turn of every best-seller page, remained. Basking in the splendor of Amma Garu’s presence, the trip continued. Scraping through the dense clouds, the un-mistakable height of the mountain gradually dawned upon the team; the enormity of which from a distance was unobvious to the naive. A Bholenath (Favourable reference to Lord Shiva as the Universal Giver) Mandir (temple) appeared on the path, and despite the longing to step in, time constraints saw the team offer their  prayers to the Lord from outside. The red flags surrounding the temple and a school nearby faded into the distance as the team moved on.

After another hour, the team were told that the DRDO, Mussorie office was way high up the mountain. Looking down from the car, the team realized the depth of the valley below, and how any negligence from the driver could have cost them their lives. A reminder to the ways of life, how every individual act of service, via a myriad of soul-manifestations (lives) contributes, to our collective experience, was a lesson in the reckoning.

At some places in the trip, due to a steep slope, the car engines found wanting, would make the troop’s load (otherwise carried effortlessly by technology), loom large, inching the team backwards, giving them a humbling realization of Mother Earth’s enormous gravity, taken so easily for granted. These were the “aha” moments for the team to recall and reflect how the Gurus, are carrying our karmic weights ahead, using their spiritual technology, which some of us blessedly in bliss, often ignore. In the group, Shiva Shukla was very scared of heights but on that day, he enthusiastically sat next to the driver’s seat and the team constantly worried about how he was befaring. 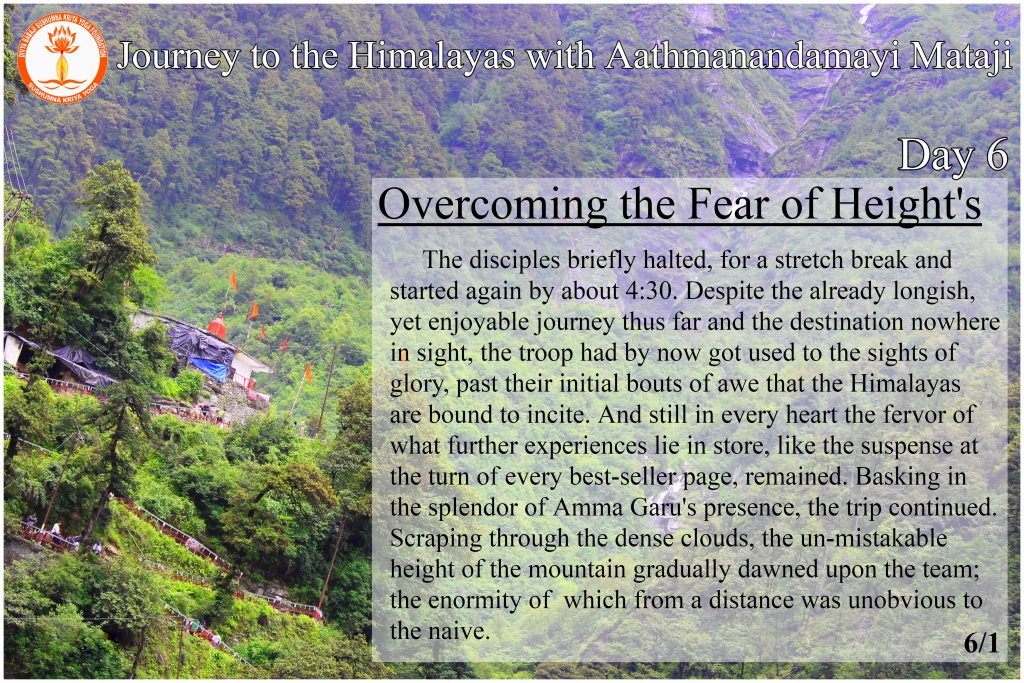 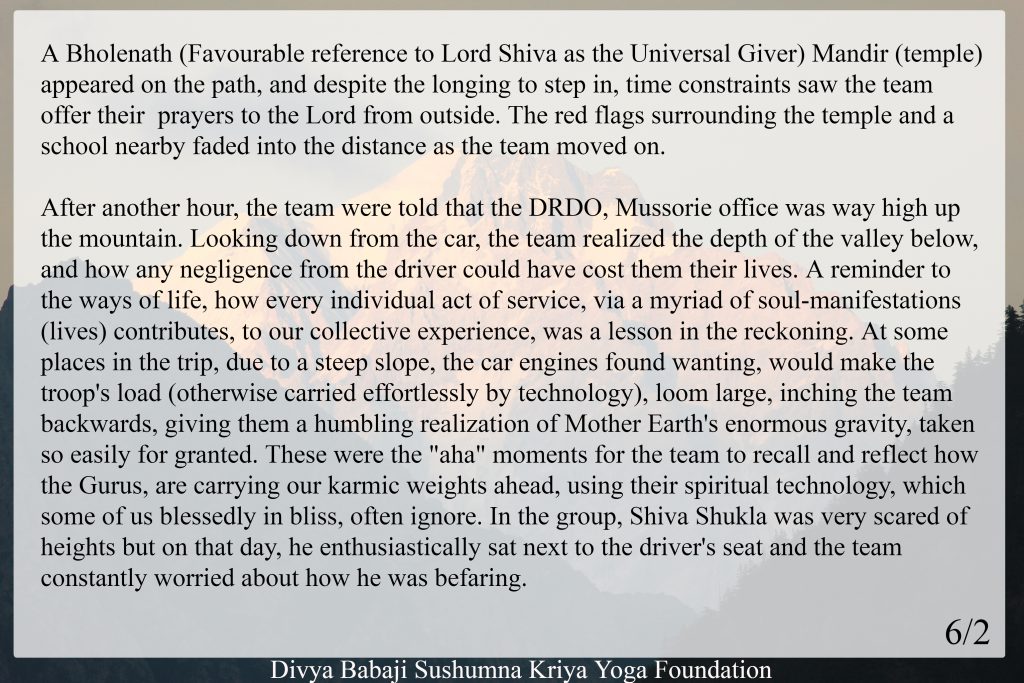