Trending
You are at:Home»Himalayanam»Day 9 – Being in Mataji’s presence is like being in a divine shrine

Arrangements for Sushumna Kriya yoga meditation program to be conducted for the scientists in DRDO Mussoorie began on the same evening. The meditation program was to be conducted in Hindi and English so, we were blessed with the responsibility and were handed over the tasks. Some of us immediately started the arrangements for the next day’s event. All the deities, siddhis, avadhutas and the great Maha Yogis, all are around in Mataji’s presence. Mataji’s Sannidham is the temple of Sushumna kriya yogis. Some people realized this sooner and started doing the work immediately. Some others went to Shiva Temple and thought of beginning work after returning. The Shiva temple was about a fifteen minute walk from the place where we stayed. The temple was a small one, but, it was completely made of marble. When entering the shrine, we could smell good fragrances, like incense. There was a very good smell emanating from the Dhuni. Beside Lord Shiva was also enshrined, the goddess. We sat to Meditate for a while in the temple. Most of the temple idols in the northern temples are made of marble. But that temple was not an old one, it was quite newly built. After meditating for a while, we returned to the DRDO office. On reaching there, Shri  Shankar kisore ji showed us the hall where the initiation was to be conducted, the crew had been assigned the seating and arrangements were already made for dinner. We went to bed at around 10 o’clock after the meal. That day seemed to be dark, and then the feeling that a day had already passed, in our journey with Mataji, dawned upon us. We were feeling equally sad for the moment and also lost in thoughts about the next morning’s initiation program. It was so chilly, we could feel the cold was biting into our bones. We’re completely wrapped in our blankets. 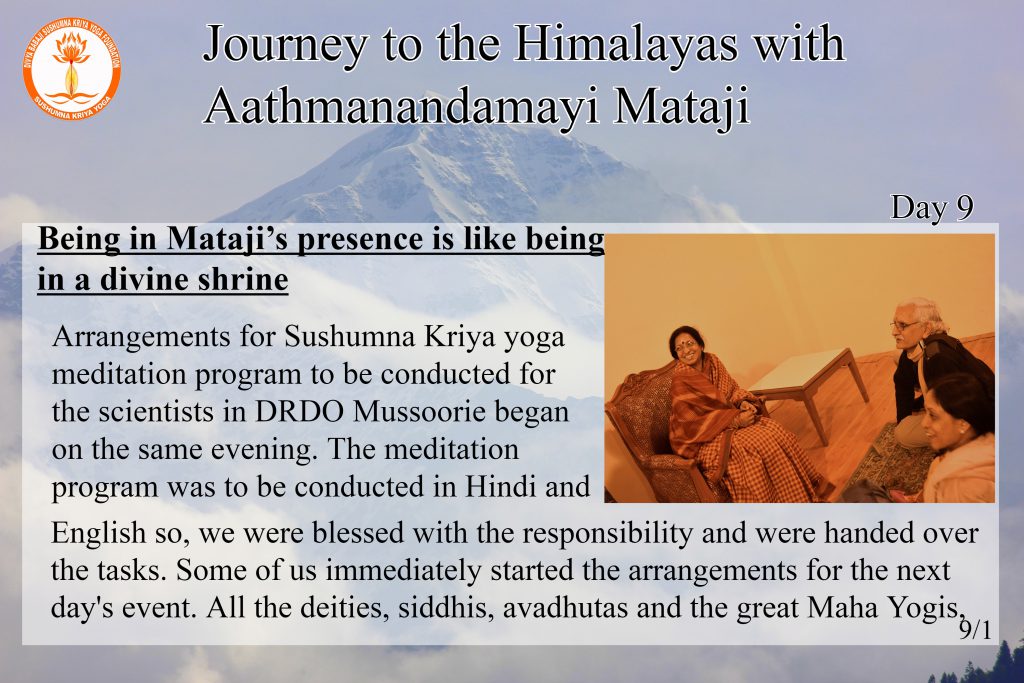 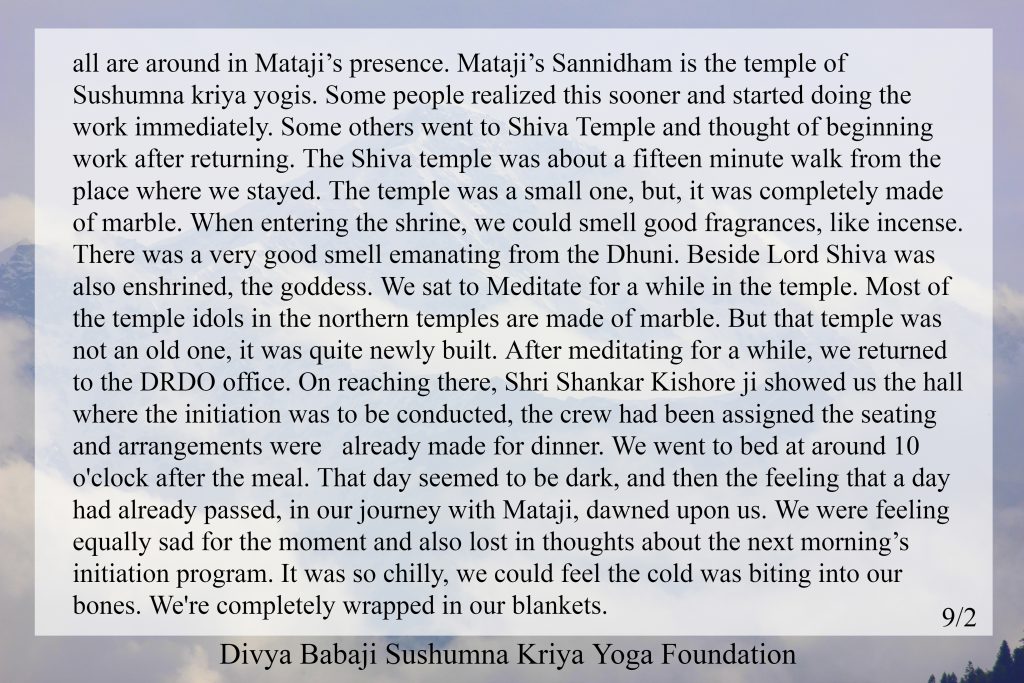